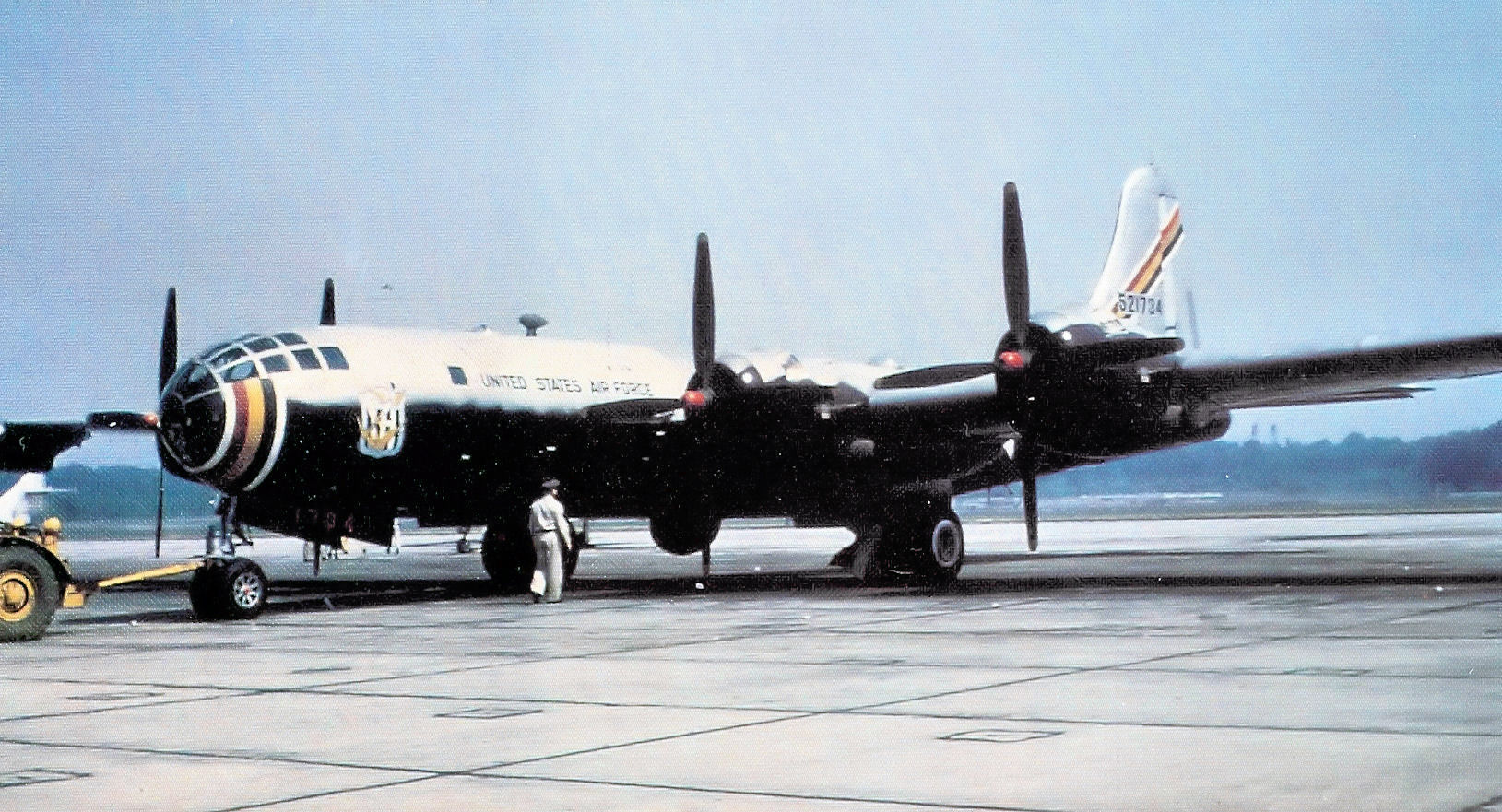 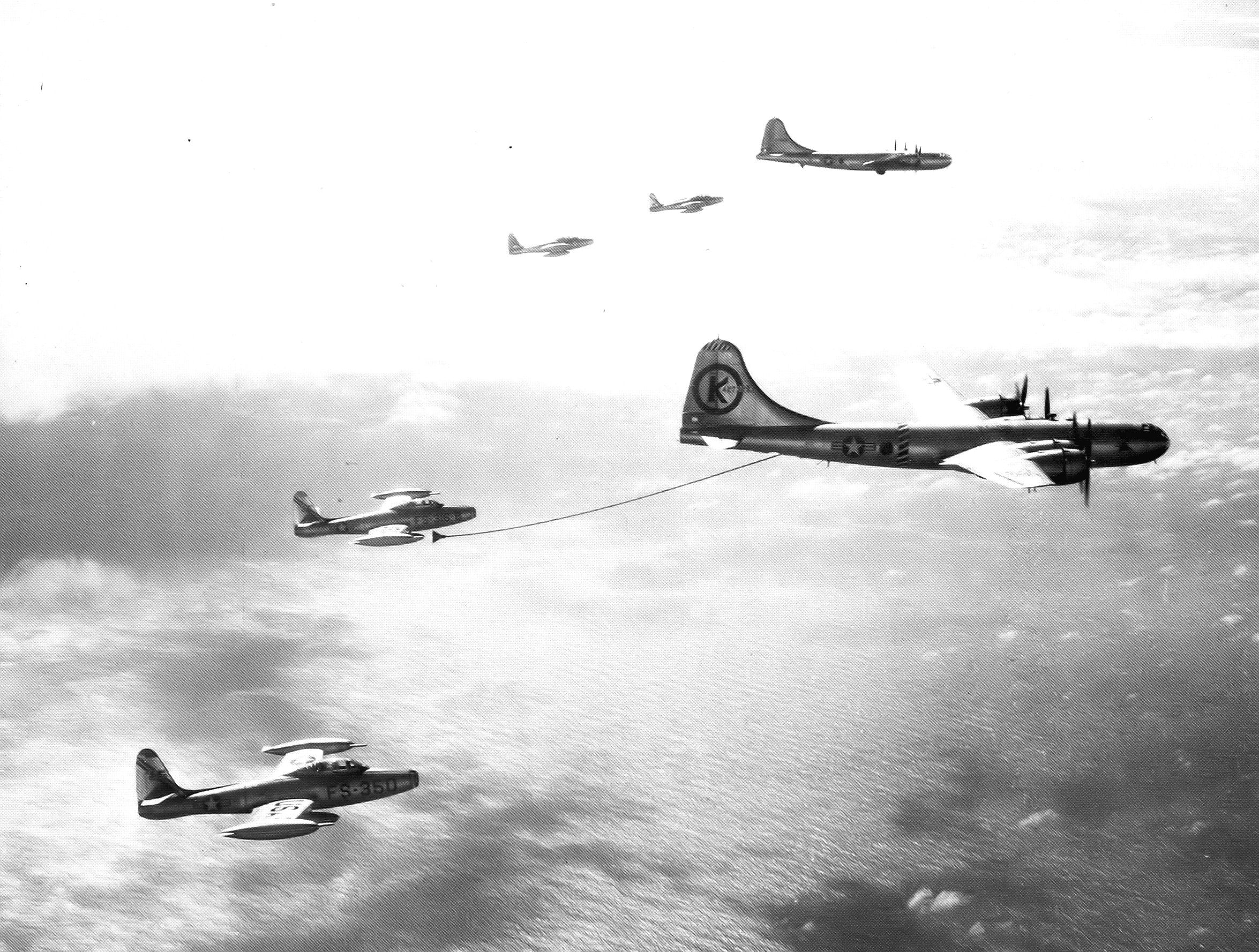 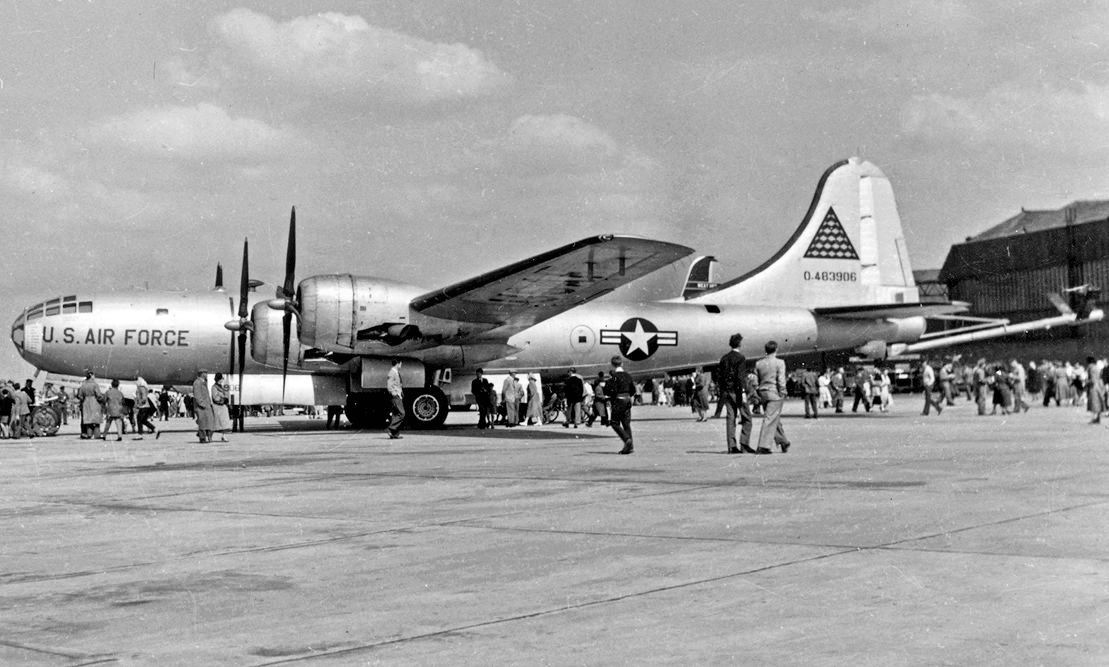 Talking with FRL engineers, Air Material Command at Wright-Patterson modified external fuel tanks with refueling probes mounted on Lockheed F-80 Shooting Stars, Republic F-84E Thunderjets, and North American F-86 Sabers. AMC plumbed external fuel tanks for refueling with a two-foot long pipe and probe welded to the front of each wing tank. Probes do not connect to aircraft internal fuel systems, only the external tanks refill.  The only drawback of external tank refueling is a cumbersome process for maintaining aircraft stability. Mounting external fuel tanks on wingtips caused lateral instability due to the out-of-balance condition by wingtip tanks holding 1600 to 1800 pounds.  Rejoining on a drogue equipped KB-29M, pilots plugged into the drogue filling one wingtip tank half full. Disconnecting, the pilot then plugged the opposite wingtip tank into the drogue refilling it full. Once full, the pilot plugged the half-empty tank into the drogue again, filling it to capacity. 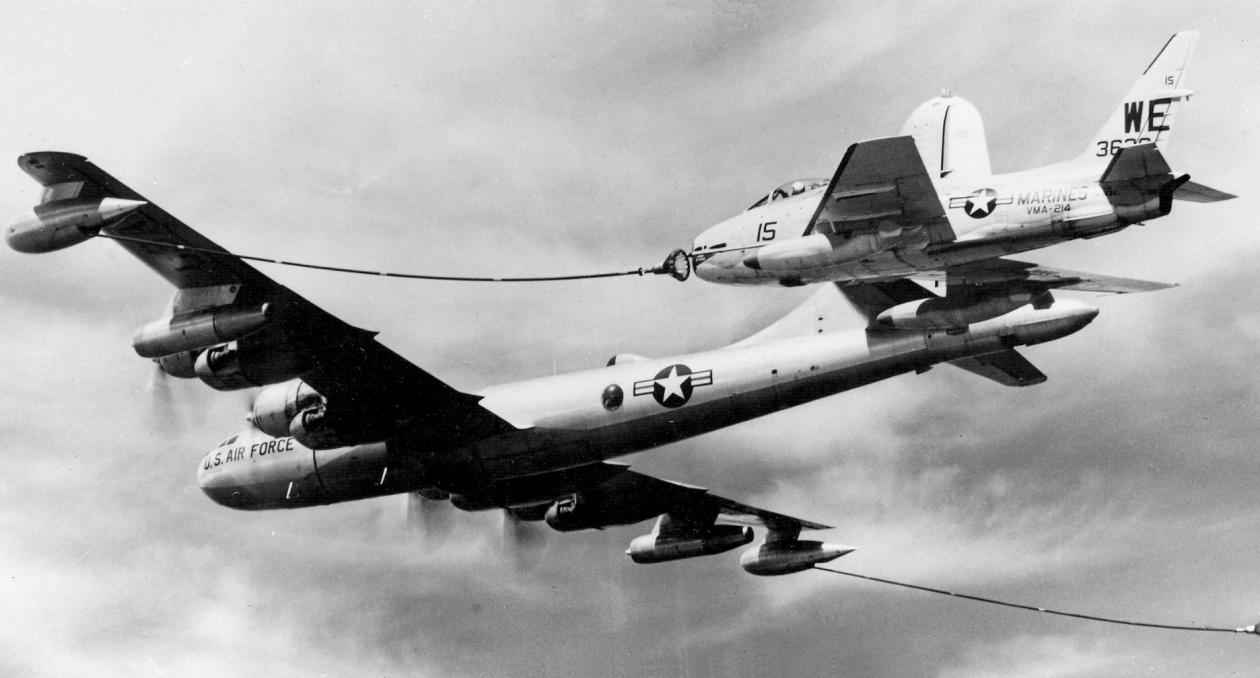 Early morning of 6 July 1951, three RF-80A Shooting Star reconnaissance fighters departed Taegu Air Base South Korea for North Korea. Their combat radius was a short 330 nautical miles even with wingtip fuel tanks. The three RF-80s were tasked to photograph targets more than 210 miles away, granting only 100 miles of coverage. One Air Materiel Command KB-29M recently retrofitted with an FRL drogue system left Yokota Air Base Japan tasked to meet with any aircraft requiring fuel. Rendezvousing east of Wonsan North Korea, the RF-80s plugged into the KB-29’s streaming drogue topping off each external tank.  The RF-80s reset their 330 nautical mile combat radius just miles off North Korea’s east coast, like starting the mission completely over in a new jet. Disconnecting from the drogue and turning West at 18,000 feet, the three RF-80s spread across North Korea, photographing targets attacked by fighters and bombers, and discovering new targets in the process. 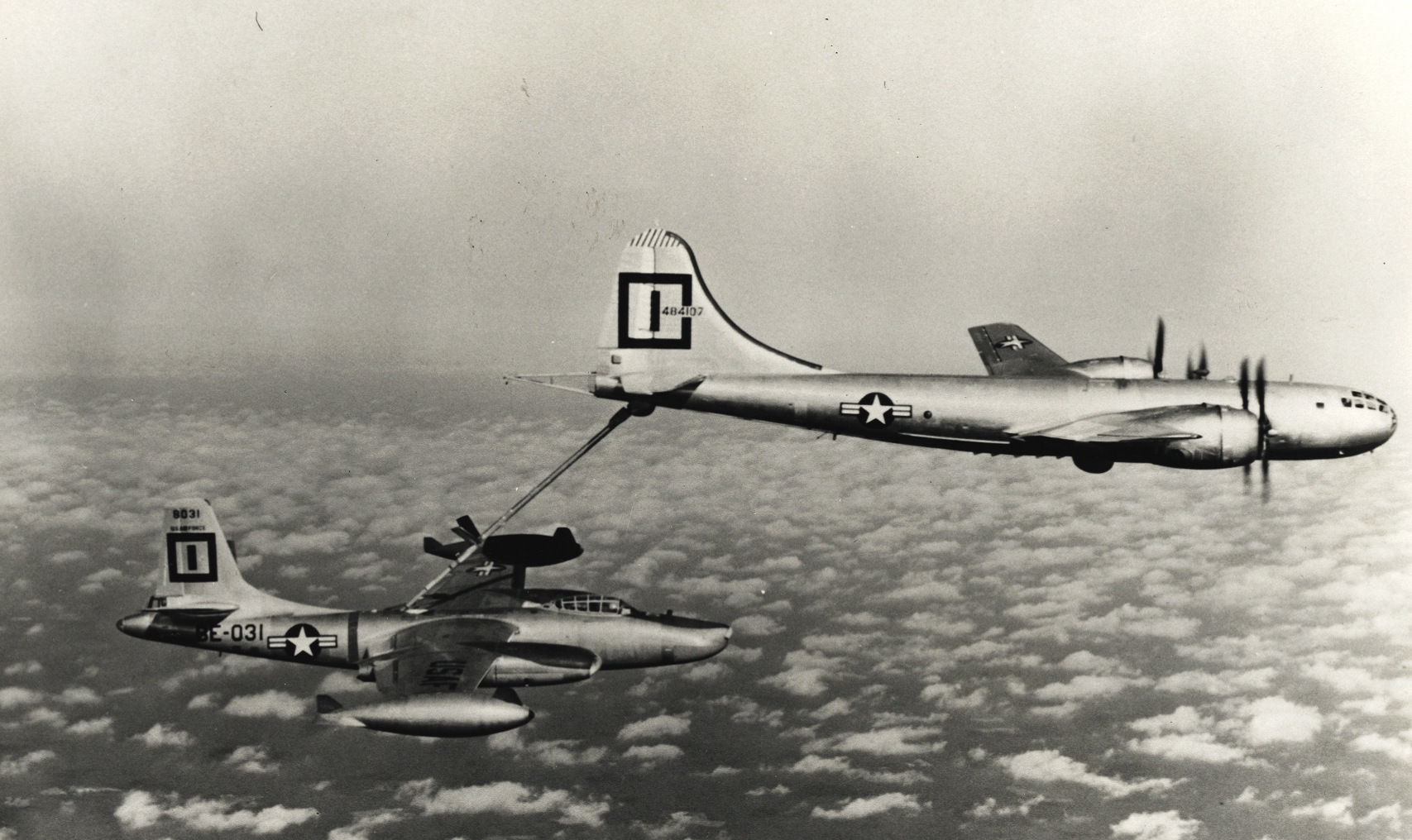 All of our coalition partners understood the significance of air refueling at the end of the Korean War. In May of 1954, Strategic Air Command released a request for it’s first jet powered tanker. The KC-135 LOST the competition, coming in third to the Lockheed L-193. But Lockheed could not get the L-193 off paper so General Curtis LeMay bought 732 Boeing KC-135s. 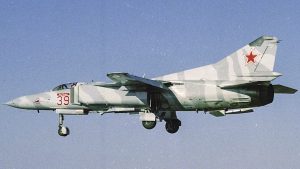 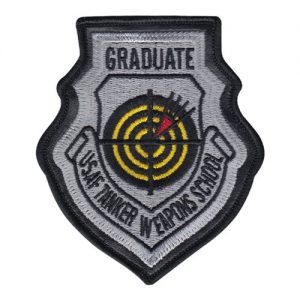